Amid Quarantine, Esports Are Connecting Knights Across Borders

Orlando, FL (June 11, 2020) – When Ahmed Al Busaidi left the country of Oman (southeastern coast of the Arabian Peninsula in Western Asia) to become a UCF student, he came to the United States by himself.

“The scariest thing I have ever done,” said the junior computer engineering major.

A fellow international student introduced him to UCF’s esports community, and Busaidi found his new family.

Although he was insecure about joining due to different cultures, it was not a problem.

“It just felt natural to me to become a part of esports,” he said.

Devin Vanzant, a senior computer engineering major, also had a journey before coming to Orlando. He lived in Italy, England, Germany, then returning to the U.S. to be a Knight. And, just like Busaidi, Esports Club at UCF became part of his life and a way to connect while students are away from campus.

“My teammates are some of the best friends I’ve made at UCF and I couldn’t ask for anything else,” Vanzant said.

As the world was affected by a pandemic, both Busaidi and Vanzant had to return to Oman and Germany, respectively. While COVID-19 put a temporary hold on sporting events, the world of esports remained active, gaining force, and becoming an alternative to sports fans.

For example, the Esports Club at UCF won five titles in less than two weeks, including their first national championship which netted the team a $20,000 prize.

Vanzant said the team “stuck through thick and thin” during quarantine, and esports helped him to maintain contact with his teammates. Videogames are also a way of being both physically and mentally competitive, he said.

But that does not mean Vanzant and Busaidi are not facing other challenges.

Vanzant faces a six-hour time difference between Orlando and Stuttgart, Germany, along with a slower internet connection with the competitions’ servers. In another part of the world, Busaidi does not have access to his computer, then keeping him away from competing with the club.

Even if things are not perfect right now, both believe quarantine will, at least in some respects, be beneficial to esports.

“Hopefully after this quarantine people are going to realize that esports might be for them,” Busaidi said.

Maybe a good way to stay active is to learn and be open to new possibilities, Vanzant said.

“It [Esports] really gives people an escape from reality to be able to enjoy competitive sports as they did before, just on another platform.”

On the left, Ahmed Al Busaidi represents UCF as a member of the Esports Club. 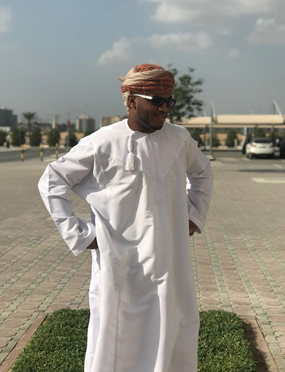