ESPORTS CLUB AT UCF WINS ITS FIRST NATIONAL TITLE AND $20,000 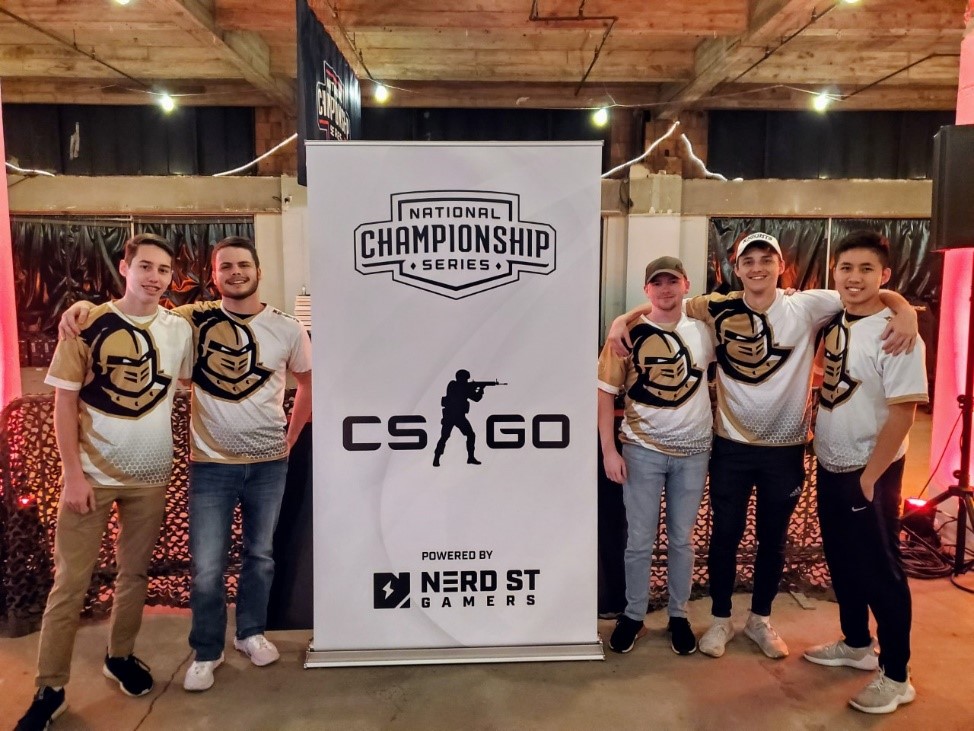 Orlando, FL (June 4, 2020) – As the sports world starts returning to action, the world of esports continues to grow, especially at UCF.

The Esports Club at UCF won its first national title and received $20,000 as part of the prize at the 2020 CS:GO Collegiate StarLeague on Sunday.

“This is by far the most money most of us have won from a tournament, and it just feels great to get such a huge reward for all the time we put into this game,” said Brian “BlueSky” Wortman, a senior information technology major in the College of Engineering and Computer Science and captain of the team.

The money will be used according to the necessities of each player, Wortman said. Tuition, rent, and a new computer were some of the options brought by the team’s captain.

“I think a lot of people don’t realize how much money there is in Collegiate esports, and hopefully it makes other teams at UCF practice even harder now that they see how realistic it can be to win these big tournaments,” he said.

The tournament, organized by the Collegiate Star League, had over 160 teams from all across North America playing Counter Strike: Global Offensive, with the grand final match originally planned to be in Las Vegas.

“It feels incredible to be crowned the champions and to help establish UCF as an Esports powerhouse,” said Caleb “Chilled_Dan” Greek, who graduated from UCF in May with a degree in accounting from the College of Business.

The team was crowned champion after defeating the University of California, Santa Cruz (UCSC).

“This is by far the biggest achievement we’ve had as a team and the excitement was overwhelming,”  Wortman said. “Especially because UCSC has been our rival all year.”

UCSC had beaten UCF in all of their previous three matchups, according to Wortman.

This is the fourth title of the Esports Club since the end of the Spring semester, but members believe they are not done yet.

“I truly think Esports is going to continue to grow and more people will notice this and become fans,” Greek said. Winning a national championship for UCF is so incredible, and I am so happy to have been a part of this team.”

UCF Sport Clubs are part of University of Central Florida’s Recreation and Wellness Center, funded and supported by the Student Government (SGA). UCF’s Sport Clubs have won nearly 40 team and individual titles since 2003. Club teams are recreational, instructional, and competitive.